In addition to storing abundant natural wealth, Indonesia also has other wealth. One is hand crafted from Indonesia has its own uniqueness by highlighting the culture of each region in Indonesia.
Of them are.

1. Wood carving crafts mainly in the field of furniture 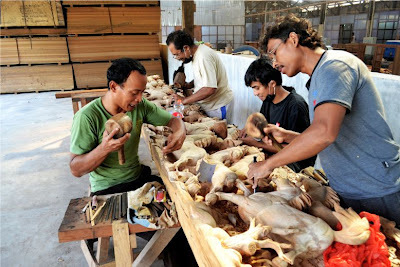 The quality of wood in Indonesia is said to have superior quality because it grows in tropical countries. In addition, the carvings made by Wood engravers in Indonesia have also gained popularity in countries other than Indonesia. One of the cities in Indonesia that is famous for its wood carving is Jepara. Proven results of the carving of calligraphy, sculpture, and reliefs from this city managed to go internationally that became the most popular market for the country from America. 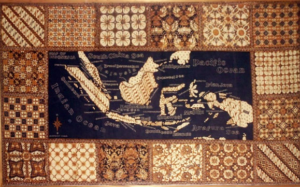 The existence of batik cloth in the eyes of the world is no longer undeniable. Handicrafts from Indonesia is able to captivate the hearts of people abroad because of the unique motives of various regions that have their distinctive characteristics, plus a touch of a charming blend of colors and motifs in the Bati has a philosophy Alone, Saking its uniqueness, many markets Manca very open country free to receive products from Indonesia especially many Americans who love it, batik cloth not not only for clothes but can be made as a bag or another. 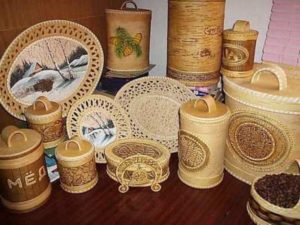 The process of making woven bamboo in general handmade that so from the end result woven bamboo is able to steal the attention of many people including tourists abroad.

Usually woven bamboo is used as decoration and also useful for household furniture such as chairs, food hoods, and many more.

For many American markets that use woven bamboo for lampshades and as home decor etc.